See through the stereotypes. See me for my individuality. 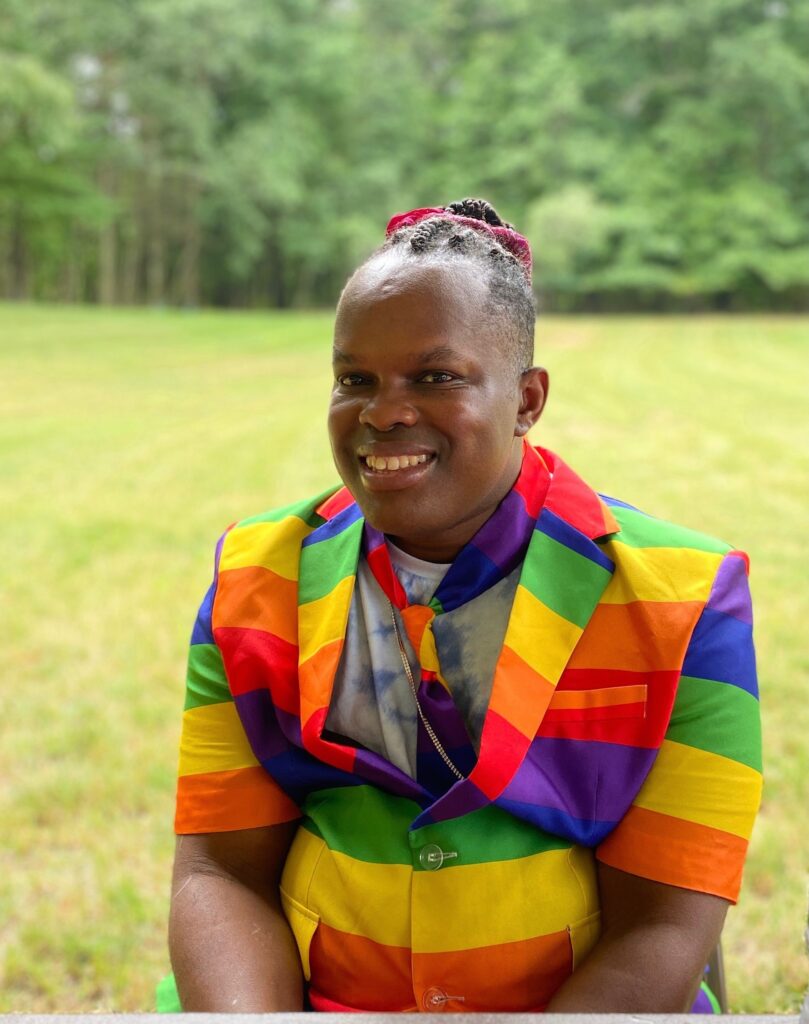 When you meet Dwight, the first thing you’ll notice is his magnetic personality and his amazing sense of style. A shopping fanatic, it’s not unlikely to see him in decked out in bold colors and patterns, complimented by his contagious smile and his red fur coat.

Dwight is looking forward to an upcoming trip to Disney World with his friend Meghan, their second visit there, where they no doubt will re-conquer the rollercoasters and ride Flight of the Avatar. He’s currently planning to move into his own apartment and is having fun choosing his décor

When asked what he’d want people to know about him, Dwight said, “I’m charming, sweet and nice.”

If he’s not listening to his favorite rap music or watching Mob Wives on his big screen tv, he’s probably dining out or going to a concert to see his favorite artists, like Cardi B or Janet Jackson.

Dwight isn’t afraid to ask questions, he’ll stand up loud and proud for what he believes in, and he feels everyone should be able to just be comfortable being themselves.

See through the stereotypes. See me.