30th Anniversary of the Americans with Disabilities Act 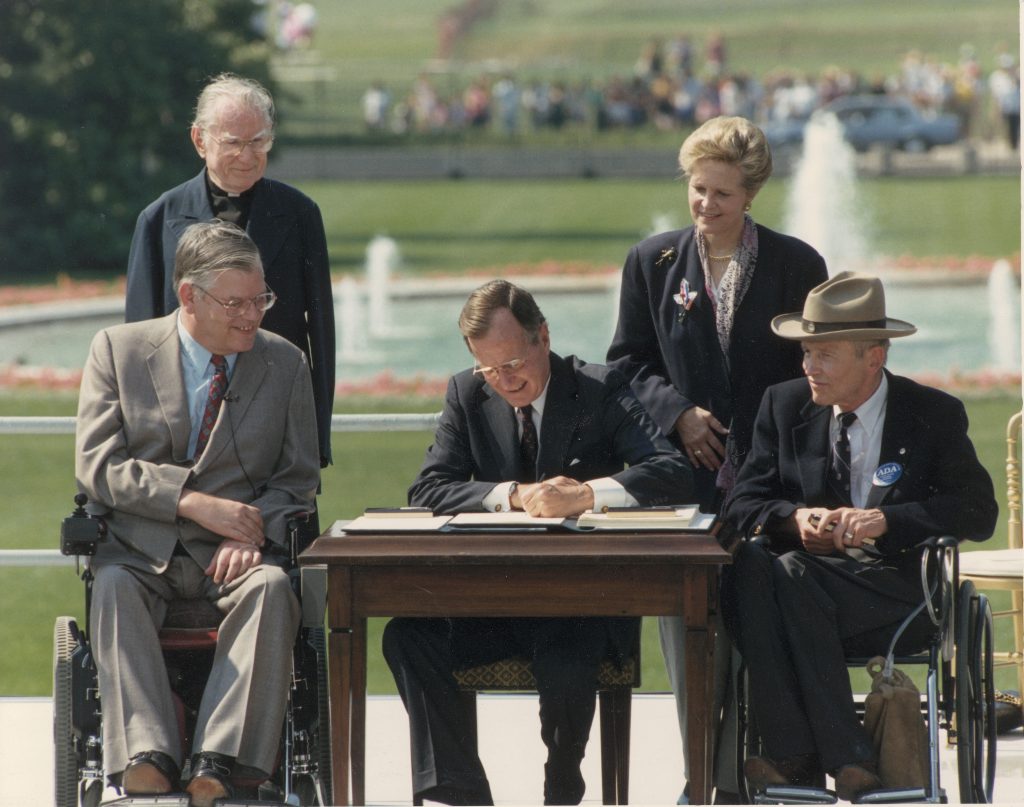 On July 26, 1990, George H.W. Bush, while seated on the front lawn of the White House, signed into law the American with Disabilities Act (ADA). This law was called into action due to the complete absence of people with disabilities in the Civil Rights Act of 1964. Although it protected people from discrimination based on race, sex, religion, or national origin, it made no mention of disabilities. This piece of legislation made discrimination in the workplace, public places, telecommunication, and businesses illegal. Employers were required, and continues to be, to make reasonable accommodations for people with disabilities in order to complete their jobs. In the public sphere, places such as stores, restaurants, and hotels were to remove any barriers that would prevent a disabled person’s ability to access that public setting. Finally, telecommunication modifications were implemented to ensure people with diverse hearing or speech needs would be able to communicate just like their non-disabled community members.

It is important to acknowledge that President Bush did not just sit down one day and sign ADA into law. It was the culmination of many years of legislation and tireless efforts of dedicated people that brought them to that moment in time. These significant actions are what we celebrate this year on the 30th Anniversary of ADA.

Each legislative victory and integral national movements to the passing of ADA are listed below:

Stay tuned for the entire month of July as we dedicated our blog to recognizing the 30th Anniversary of the Americans with Disabilities Act.