But at its heart, the ADA is simple. In the words of one activist, this landmark law is about securing for people with disabilities the most fundamental of rights: ‘the right to live in the world.’ It ensures they can go places and do things that other Americans take for granted. -Tom Harkin 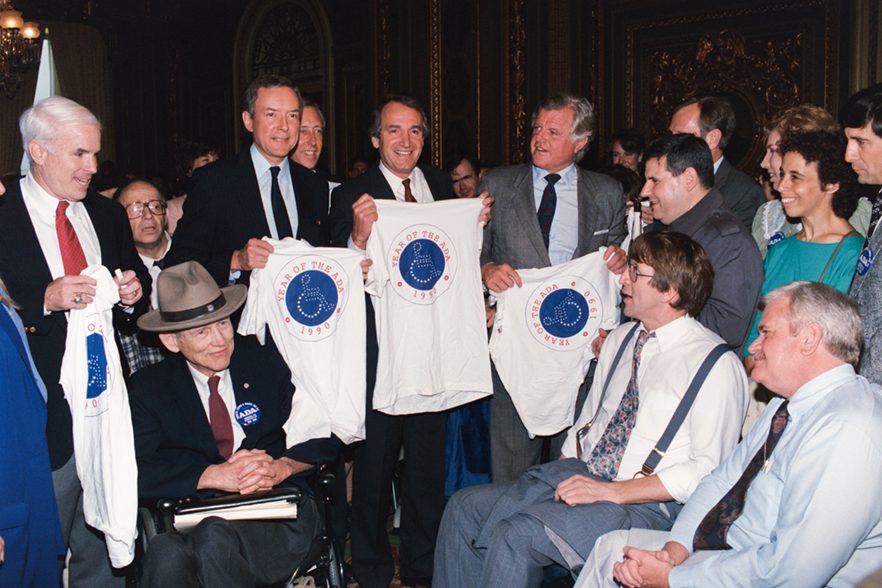 Learn more about the history of the ADA.